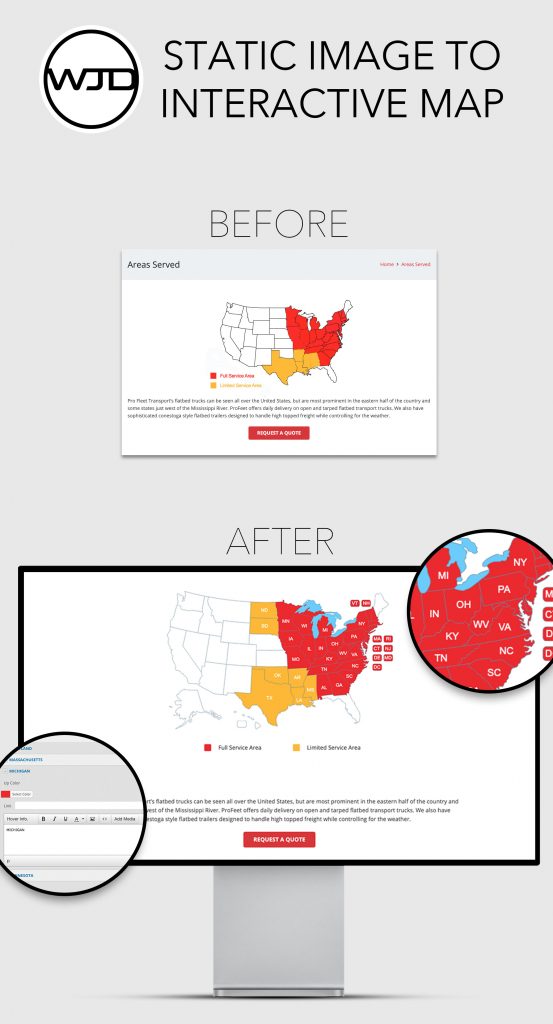 Our customer Pro Fleet hired us to change their “Areas Served” map that shows their customers where they serve. This map had two regions named “Full-Service Area” and “Limited Service Area”. At the time it was built using a design program like Photoshop and was not easy to increase their service areas. Using a static image was not the best scenario and we would have to bill the customer extra time to recreate the image and produce a template that would make it easier to change out in Photoshop.

I reached out to Pro Fleet and suggested we build them an interactive map that will be easier to adjust on the fly with less work and time. We discussed this possibility in the past and we were now at the point where the decision made even more sense. We were able to add each state to the full responsive map using their branding color scheme while improving the layout of the page.

This small enhancement will allow their customers to see in real-time the areas they serve, as well as provide an easier update path when increasing their service areas. Pro Fleet will also have the opportunity to add more features to this map in the future, since this is not a static image.

Let us provide a solution for your next website update!

Fill out the form below so we can contact you back!